A Year of Russian Collusion 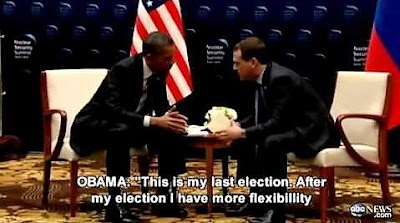 Obama hadn’t even been in office for a whole year when he gave in to Moscow’s biggest demand by dropping the missile defense shield for Poland and the Czech Republic. During his campaign, he had enthusiastically backed the defensive program, declaring, “We have to send a clear signal that Poland and other countries in that region are not going to be subject to intimidation and aggression.”

Like all of his campaign promises that were based on political triangulation, law enforcement, counterterrorism, Jerusalem and gay marriage, it was a campaign lie to be thrown out after the election.

Putin praised Obama’s sellout of our allies as a “brave decision.” In his first year, President Trump touted the sale of Patriot missiles to Poland. That was a truly brave decision.

After the Russian invasion, Obama refused to provide Ukraine with military assistance. While he had handed out weapons to Islamist terrorists in Syria and Libya, the Ukrainians were only offered MREs. The same administration that covertly shipped a fortune in foreign currency on unmarked cargo planes to Russia’s Iranian allies took months to meet Ukrainian requests for boots and spare tires.

The Trump administrated unapologetically approved the sale of sniper rifles to the Ukrainians.

“I’m aware of not only the extraordinary work that you’ve done on behalf of the Russian people,” Obama had gushed during his meeting with Putin. There were no protests from the same media that has since then repeatedly suggested that Trump’s praise for Putin indicated a soft spot for dictators.

Looking back at Obama’s first year and Trump’s first year, it’s easy to assess who was giving Moscow more. It wasn’t just missile defense. In the spring of ’09, Hillary was in Moscow toting a misspelled Reset Button swiped from a swimming pool. But it was Obama who had first urged a “reset or reboot”. That was the month he sent a secret hand-delivered letter to Russia offering to kill the missile shield. The Russians turned down his proposed deal, but he went through with the appeasement anyway.


Trashing missile defense was just one step in a larger effort to revive Jimmy Carter’s defense policies. In his first year, Obama began the push to ratify the Comprehensive Test Ban Treaty. CTBT would have allowed the Russians (and everyone else) to build up their nuclear arsenals while crippling our own. The new START treaty was drafted in ’09 and signed next year. And Russian violations of it were ignored.

It took a new administration to change that.

In his first phone call with Putin, President Trump blasted the START treaty as a bad deal that gave Moscow a free ride. Next month, the Pentagon officially came out and said what everyone knew.

This was a sharp contrast with the previous administration which had refused to detail Russian violations. It falsely claimed that it couldn’t answer the question because “the New START treaty forbids releasing to the public data and information obtained during implementation of the treaty.”

Before the Iran deal, the Russia deal had been Obama’s legacy. And the same lies, echo chambers and spin that would be used to cover up Iranian violations were being deployed to mask Russian violations.

The Russians couldn’t have been too surprised at Trump holding their feet to the fire. Trump had blasted the START treaty during the third presidential debate while Hillary Clinton had rambled on about cyberattacks. The Russians would have been far more concerned about nukes than keyboards.

That was the same debate where Hillary Clinton had accused Trump of being Putin’s “puppet”.

But if that’s true, where are the concessions and the appeasement? Every tangible foreign policy issue that the commentariat at conspiratorial lefty media outlets like the Washington Post, the Huffington Post and ThinkProgress had seized on as evidence of Trump’s collusion has come up short.

ThinkProgress made them seem restrained. “Trump, Putin, and ExxonMobil team up to destroy the planet.”

“Pick of Exxon CEO for Secretary of State clarifies why Putin wanted Trump elected: a $500 billion oil deal killed by sanctions,” the sub yammered. Trump, Putin and oil represented “the gravest threat to humanity (and democracy) since the rise of the Axis powers”.

Just one problem. Trump refused to let the deal happen. So much for that conspiracy theory.

Seizing on the potential Exxon deal was an act of desperation. The left was quick to juggle Russia collusion theories, but had trouble coming up with anything that Russia actually got from Trump.

Not only wasn’t there anything like Obama’s Year One windfall of appeasement, but Moscow was getting nothing but trouble. The new National Defense Strategy lists Russia as a major threat. It’s a return to the Republican view of Russia as a geopolitical threat that Obama had mocked Romney for.

The Washington Post, which boasts a new Russia-Trump conspiracy theory every five hours, responded by claiming that Trump’s policy of confronting Russia is exactly what Vladimir Putin wants. “Trump’s strategy pushes confrontation with Russia, and Moscow is pleased,” a Post op-ed declared.

What better evidence could there be that Trump is Putin’s puppet than that he’s standing up to him?

The new Russia conspiracy meme borrows the old Obama spin on Iran and ISIS which accused critics of “playing into their hands” by trying to fight them, instead of appeasing them. It was classic Orwellian spin. “Weakness is strength”, “lies are truth” and “opposition is collusion”. But it said something about the weakness of the collusion reality that the Post was forced to rely on such weak Rhodes-ian spin.

What had Trump done for Russia? Well he stood up to it. And that’s exactly what Putin wants.

The media’s case for collusion comes down to the hacking of Democrat emails. But while having Podesta’s missives exposed to daylight was clearly a traumatic event for the Dems, it’s not exactly up there with letting the Russians have a free hand in Europe. Or letting its Iranian allies go nuclear.

The media has blasted us with headlines about the meeting between Trump Jr. and a Russian lawyer about the Magnitsky Act. But a year later, the Magnitsky Act is doing just fine. There’s been no review. Obama had singlehandedly dismantled the Cuban embargo. If Trump had really wanted to, the sanctions on Russia would be a memory. But instead the sanctions keep on coming.

The media made much of Trump’s signing statement to CAATSA criticizing its intrusion on his authority. Obama had repeatedly made similar objections, though using very different rhetoric, in signing statements to previous bills. When the administration missed the October 1 sanctions deadline, the media again rolled out the conspiracy theories. “The Trump administration is delaying Russia sanctions that Congress demanded,” Vox bleated. The sanctions were sent in the very next day.

The media has come to specialize in spinning conspiracy theories out of process. It’s safer to focus on the trees, because then they don’t have to notice that there’s no forest. But it’s a sign of just how little it has to work with when it comes to real life policy as opposed to the conspiracy theories of its bubble.

“What did Putin want from Trump and what did he actually get?” a Newsweek article inquires. It’s forced to conclude that the answer is nothing. Russia received a whole lot from Obama in his first year. Trump has dealt it a series of setbacks instead. Newsweek concludes that Putin helped elect Trump, but got nothing in return. That would make Putin rather stupid. And no one has yet accused him of that.

But that’s what the current collusion conspiracy theories of the left have irrationally been reduced to. Putin helped elect Trump. And got nothing from Trump for it. Now it’s time to impeach Trump anyway.

Backing Trump never made any sense. Republicans have traditionally been more hostile to Russia. And Trump’s entire pitch was nationalism. Nationalist leaders in small countries might collaborate with Putin, but the nationalist leader of the United States could only end up on a collision course with Russia.

Obama’s first year was a golden period for Russia because he didn’t believe in national interests. Trump does. The left inevitably accuses the right of its own sins. Trump didn’t collude with Russia. Obama did.
Daniel Greenfield, Sultan Knish, 29-1-2018 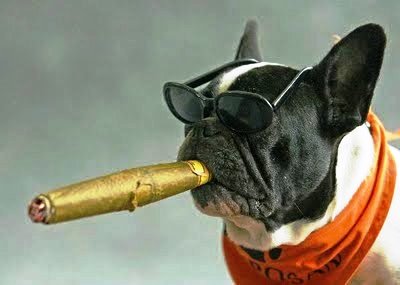 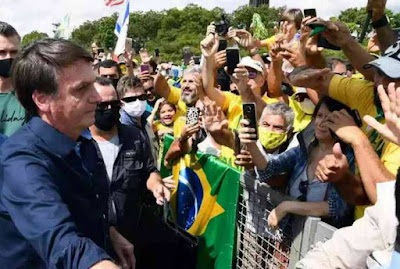 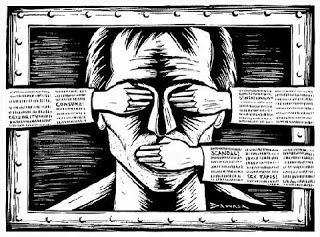 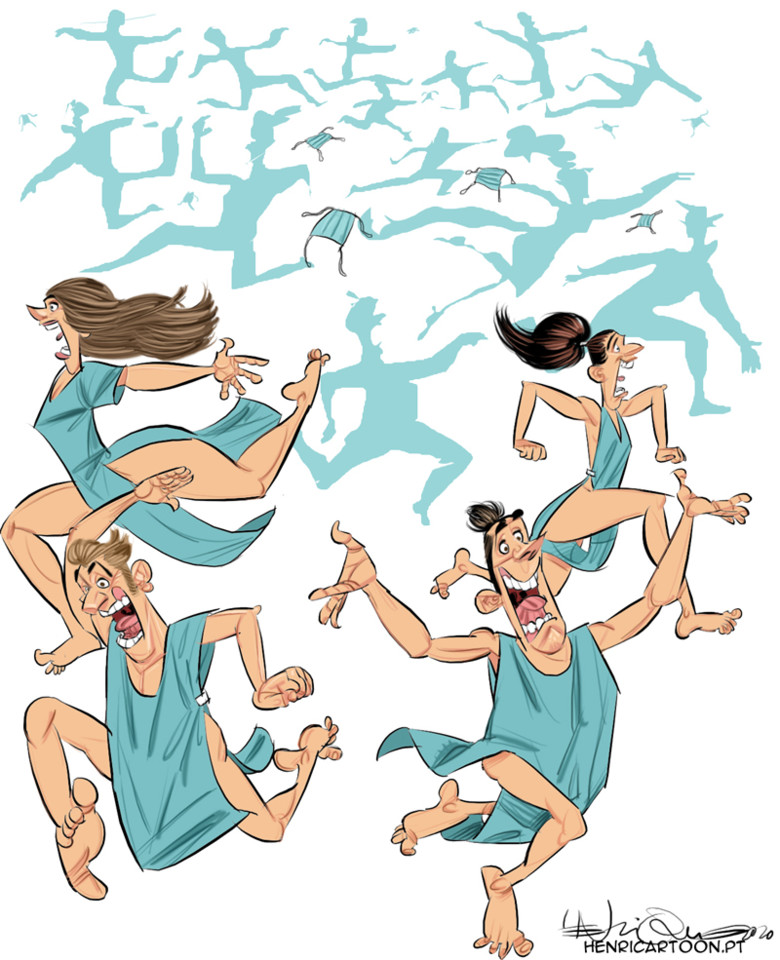 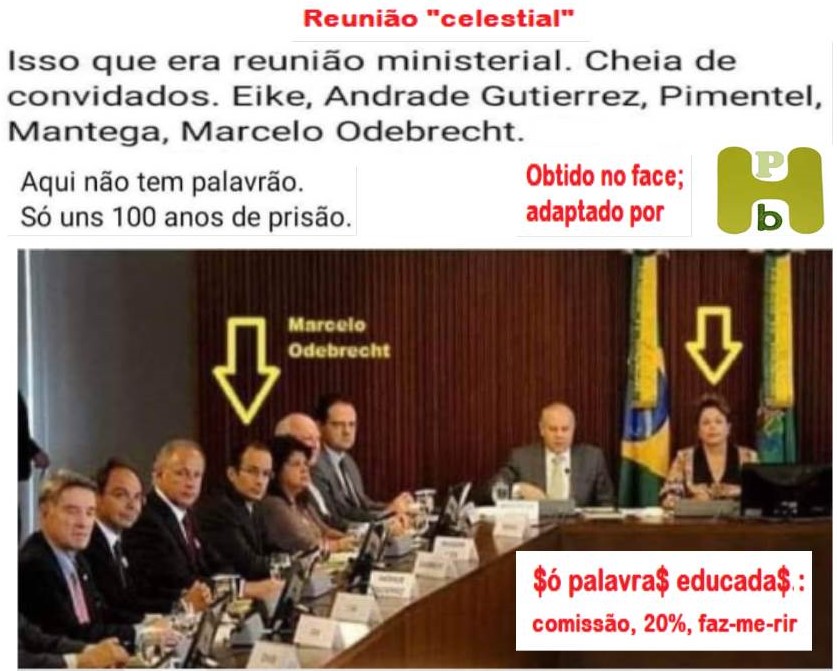 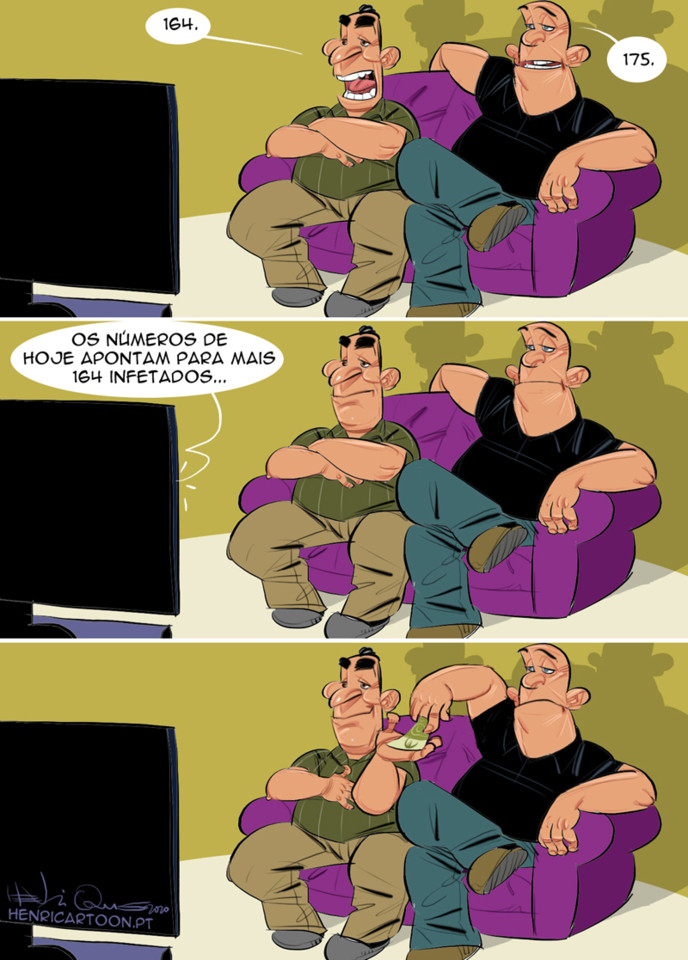 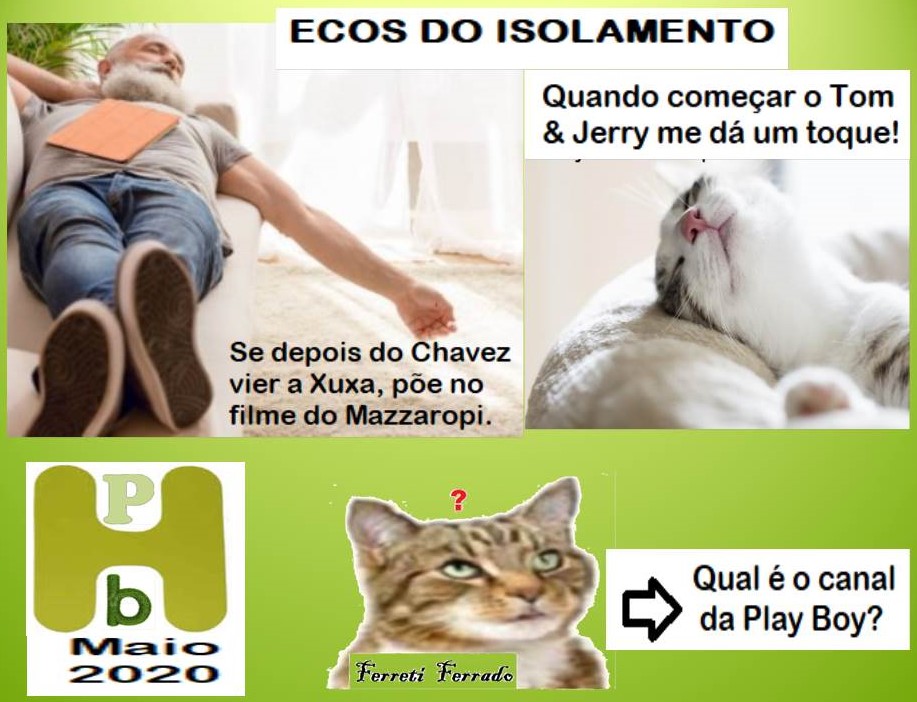 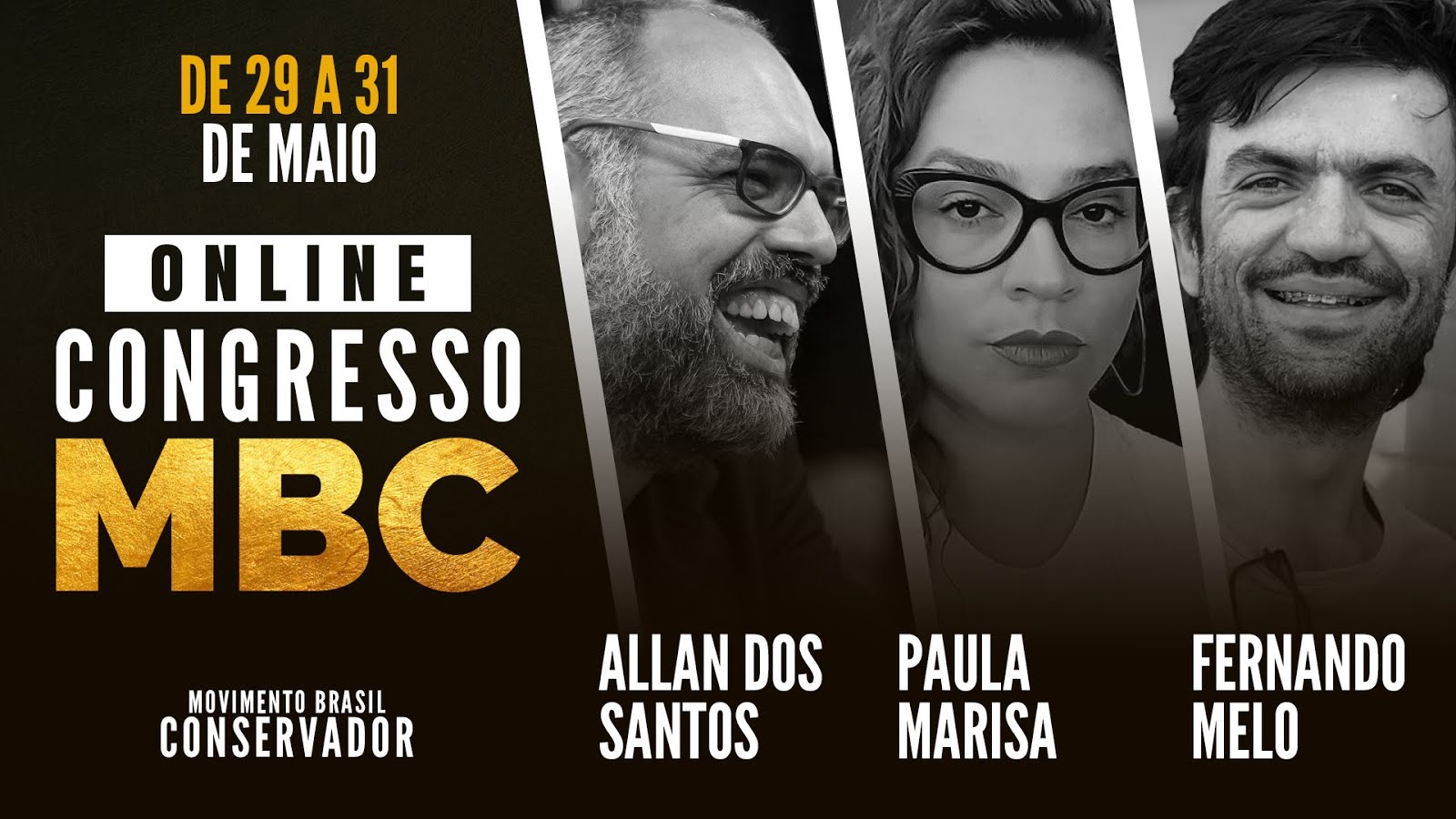 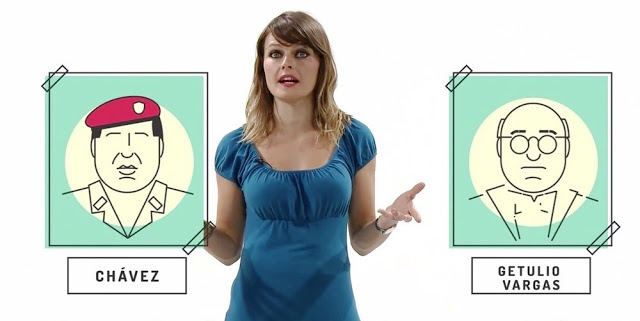